The Cedar Rapids Downtown Farmers Market can be the door for entrepreneurs to kickstart their passions and new business ideas. Economic downturns such as the 2020 COVID-19 recession often bring a period of hardship for ordinary citizens but can also give people time to reflect on their futures, and perhaps pursue something new based on their passions and values. This year, the Cedar Rapids Downtown Farmers Market welcomed 44 new vendors, a third of the total number of booths at the market. 24 of these businesses are ventures that were founded during the pandemic, meaning a fifth of the market vendors this year are fresh new concepts that are sprouting in Eastern Iowa.

Many of these fresh vendors discovered ways to monetize their quarantine hobbies to make a living. “I started growing mushrooms as a way to kill time during the pandemic,” said Zachary Hall, founder of Foodi Fungi. ”I began planting, just enough for myself, but as I gained more knowledge, I figured there was a good demand for mushrooms, so I started slowly commercializing it. However, considering the sales from markets thus far, I can totally see myself pursuing mushroom farming as a full-time job.” 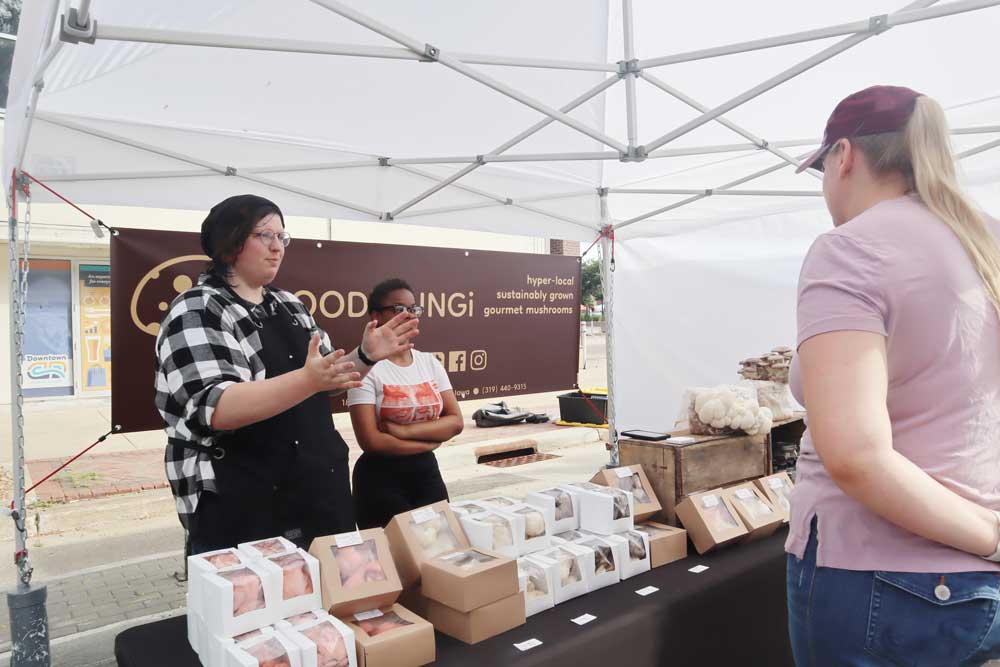 Hall also revealed that he was further encouraged by the fact that there already were a few local eateries in downtown Cedar Rapids who had shown a keen interest in his mushrooms, one of them being Chophouse Downtown.

Hall isn’t the only one whose been able to channel his passion for mushroom farming into a means of revenue. Chase Galvin of Midwest Mining Co. has made the same out of his interests exploring rocks – something that has been close to his heart since childhood. “I started Midwest Mining Co. in April of 2022, and we specialize in making mining buckets with raw minerals or tumbled stones for rock lovers to enjoy,” said Galvin. Galvin too hopes to expand his business to something that he can pursue as a career and sees the farmers market as a steppingstone to make this possible through the relationships he can build. 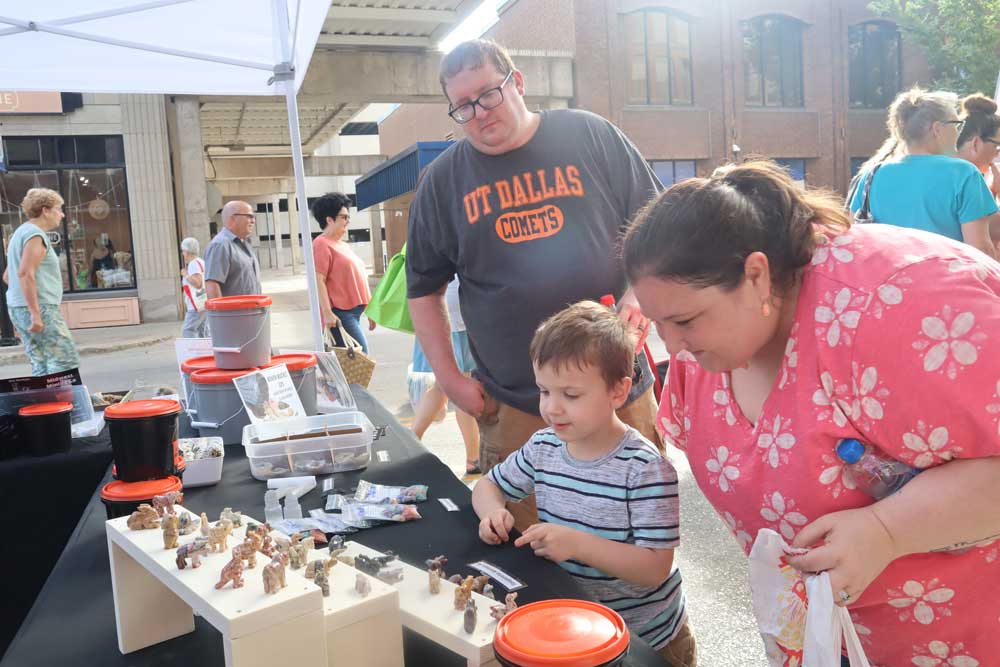 Tito Francisco of Poimen Bosko Foods started his meal-prep and catering service early this year. His business integrates his deep cultural roots with his drive to give back to the community.

“With Poimen Bosko Foods, we are trying to introduce Filipino barbeque to the community, from my hometown, Bacolod City in the Philippines, while also serving and giving to those in need,” said Francisco. “Our motto is buy one, feed many. For starters we have partnered with Lifehouse Ranch, a non-profit based in Wilton, Iowa, that helps empower women who’ve been abused, imprisoned, or have gone through trauma by teaching them life skills and faith-based principles.”

Francisco added that the farmers market has helped him tap into local taste buds and get a better idea of what Cedar Rapids community is seeking to indulge in. He has gained confidence through this knowledge and experience to expand his menu offerings that will appeal to everyday foodies, and more importantly help grow his business and aid to the community.

These three businesses exemplify the innovation and entrepreneurship that several of the new vendors took on as they envisioned a better future for themselves and their loved ones during the pandemic. Farmers markets are about growth, life, small businesses and celebrating what we can create in our community and where it comes from. The Cedar Rapids Downtown Farmers Market hosts a labyrinth of vendors with similarly inspiring stories, and these success stories are examples that showcase some of the the city’s vibrant, new growth. Make sure to visit these vendors and more during the next farmers market on August 6th.