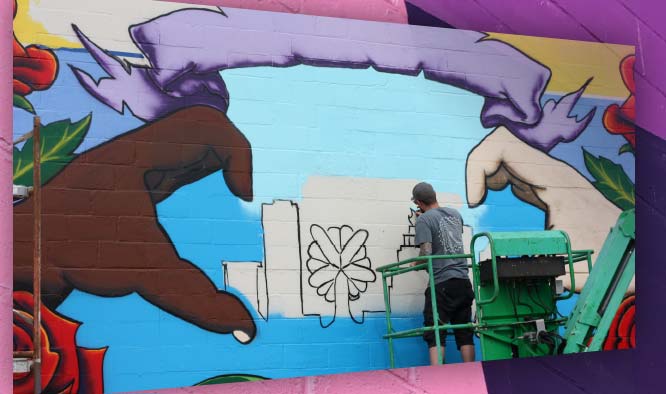 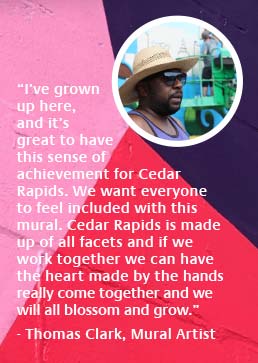 Our community and nation have been through much tragedy and tumult over the past 18 months, but during these tough times our community put its differences aside so that we could heal and move forward together. Stemming from the peaceful protests of last summer, along with the August derecho, the Downtown Self-Supported Municipal Improvement District (SSMID) worked with local artists to capture the togetherness, spirit, and resiliency of Cedar Rapids. Cedar Rapids native Thomas Clark is the artist behind the new “We Are CR” mural, along with fellow artist, Chad Dozeinear.

This mural now proudly lives on the western facing wall of the AdCraft building on 3rd Street SE. The vibrant piece is hard to miss while driving along 3rd Street during the daytime hours, and will eventually include lighting fixtures to illuminate it in the evening. An official unveiling of the project is scheduled for later this summer. Added vibrancy by way of colorful murals is an essential component to both the Cedar Rapids Metro Economic Alliance’s and Downtown SSMID’s strategic plan this year, which is very much viewed as an inflection point for communities across the country in the wake of the global pandemic. This is the first of four new murals to be added to the Downtown art scene in 2021.